I've just completed a series of photo book workshops at the Hepworth in Wakefield. The photo book workshops were planned as a response to the 2016 exhibition of work by Sir Stanley Spencer, RA and titled "the Extraordinary Ordinary". My book is titled "Shooting Round Corners: urban triptychs". Many of Spencer's works reflect ordinary life in Cookham, the village where he lived. These have a resonance for me, since I too lived there in the sixties. I remember seeing him just once, as he was pushing his pram up the High Street. A number of Spencer's works take the form of triptychs; and follow religious themes, typified in Spencer's "The Resurrection With the Raising of Jarius' Daughter" (1947). They are of ordinary people in ordinary situations.

I don't pretend that the images in my book are an interpretation of this theme; they are more my own response, as well as a response to exploring the urban streets of Wakefield and Chesterfield (where I live) as part of the workshops. First I was intrigued by the idea that, in the same image (displayed as a triptych), the people on one side may be completely unaware of the people round the corner on the other side. On the other hand, each part of the triptych works as an image in its own right. Second, we generally take urban spaces for granted because they are ordinary. But they are special, and therefore extraordinary. 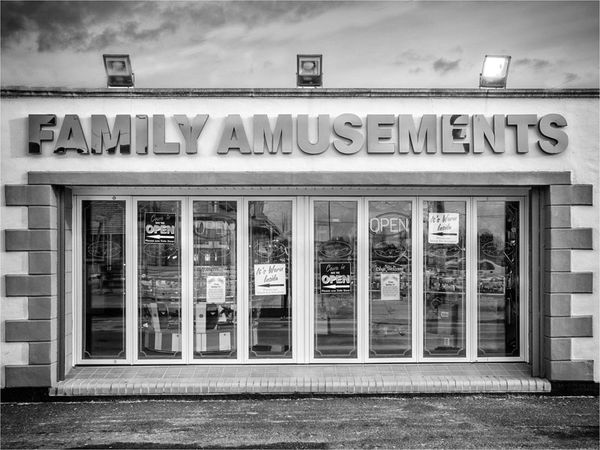